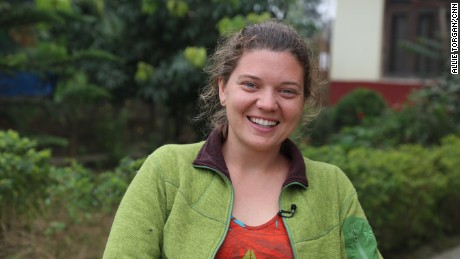 Maggie is an American philanthropist who has built a children’s home, school for the children of Nepal She won the CNN Hero of the Year Award in November 2015.

At the age of 23 after graduation ending up in a remote Himalayan village in Nepal, Maggie raised 200 children who have been orphaned due to the civil war and various disease. Her story began 5 years before she ended up in the remote village at the age of 18. Being a teenager with no experience on anything about the world, but just eager to learn things and see the outer world, she decided to pack up and take a trip around the world for the first time. 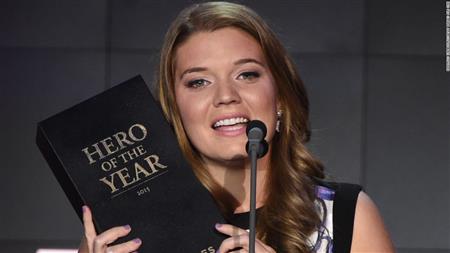 This was the time when she realized there was so much to learn and so much discover outside the walls of a four walled classroom. One day while walking in the road she saw a little girl, Lacora. The little girl’s job was to take load everyday from the bus stand to her village and she would go back and forth, back and forth all day. She would make 2 dollars in the day to feed her family. This is the life of a Nepalese orphan. When she looked at her she saw every single piece of herself and was devastated. She thought, “what have we done as a human family that children are living this way?”

She then found out there were 80 million children just like her in the world. One day Maggie met one particular girl named Hema of age seven. Everyday she gets a smile from this little girl and a greet ” Namaste dee dee”. That’s when Maggie thought looking after 80 million is impossible, but why not help Hema and consider as a first step towards humanity?

Something you can change is by starting with doing something small. Changing the life of just one child was no big deal for her. At the age 18 and as the entrepreneurial mind she thought she can do it. She supported the education of this one child and thought would change her life. She put her in the school but she wasn’t satisfied as that was not enough. There were kids that didn’t have homes and families and they were orphans.

She found a land which costed $5000 and she was so eager to buy it. She wanted to build a home for orphaned kids along with a school and a base. She called up her parents and asked for $5000 from her savings that she started saving from the age of 9. She eventually bought the first piece of property in Nepal. With the help from local and global donations, she build a home for 30 orphan Nepalese children. She believed by giving education to children world will change. Better education raises better families in turn they raise more educated children. Poverty and diseases would decrease.

She kind of became addictive of this work and started helping more kids. She said in an interview, “I want to create a world that i want to see everyday, and i think we have a power to do that. You don’t have to go 8000 miles away to the foothills of the Himalayas. I think the world will change when we all find the purpose of our life. We wouldn’t rather be anywhere else in the world, doing any other kind of work. We think of all the things we don’t have instead of the things that we do have. 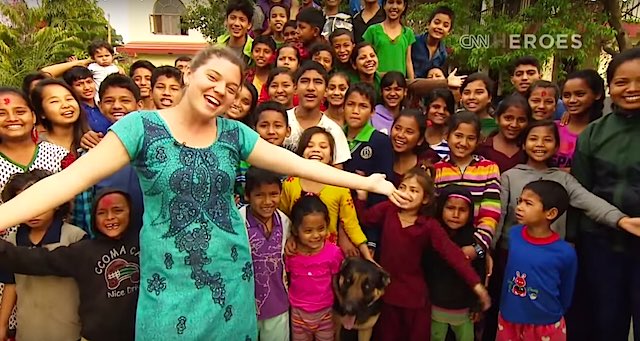 27 thoughts on “Inspiration from Maggie Doyne”