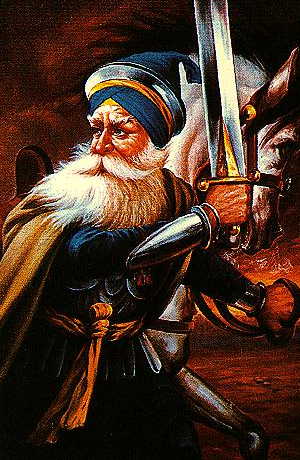 Shaheed Baba Deep Singh Ji is one of most honored martyrs of Sikh history.

Baba Deep Singh Ji met Guru Gobind Singh Ji again at Damdama Sahib in Talwandi. Here, he learned that two of the Guru’ sons, Ajit Singh and Jujhar Singh, had lost their lives in the battle of Chamkaur. Guru Ji also told him that his two younger sons, Zorawar Singh and Fateh Singh, were cruelly murdered at the city of Sirhind under the orders of the Muslim governor, Wazir Khan. Then Baba Deep Singh Ji had been summoned to Damdama Sahib to work with Bhai Mani Singh Ji to prepare the final text of Sri Guru Granth Sahib.

In 1707, Baba Deep Singh Ji joined Banda Singh Bahadur to fight for the freedom of Punjab. They fought together in the battle at Sirhind – the city in which Guru Gobind Singh Ji’s younger sons had been killed.

In 1755, Ahmad Shah Abdali, the emperor of Afghanistan, attacked India for the fifth time. After looting many Indian cities including Delhi, he brought back with him gold, jewelry, and thousands of captured young women. When Baba Deep Singh Ji learned about this atrocity, he took a group of Sikhs and ambushed Ahmad Shah’s forces. Baba Deep Singh Ji and his men freed much of Ahmad Shah’s stolen goods and liberated the prisoners, returning them to their homes.

Ahmad Shah Abdali was able to escape to Lahore. Angered by the attack from the Sikhs, he decided to destroy the Sikh community. He appointed his son, Tamur Shah, as the governor of Lahore, and made Jahan Khan his general. In order to destroy the source of the Sikh’s spiritual strength, he ordered Jahan Khan to destroy Sri Harimander Sahib. Following orders, in 1757, Jahan Khan proceeded to Amritsar with heavy artillery. Many Sikhs died trying to defend Sri Harimander Sahib but unfortunately the gurdwara and its surrounding buildings were demolished and the sarovar was filled with dirt and debris. Sri Harimander Sahib was then closed to all Sikhs. 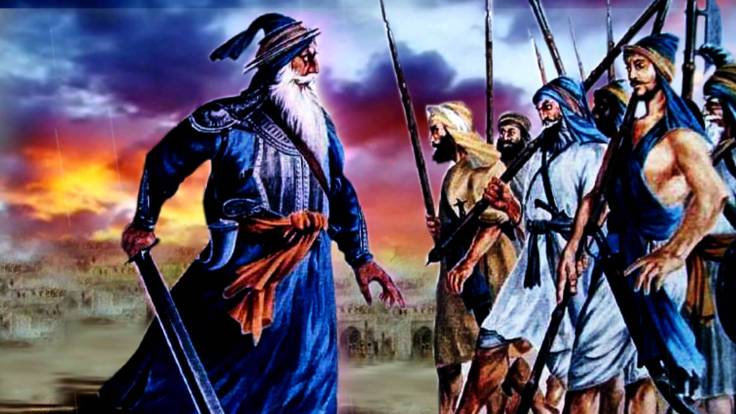 At this time, Baba Deep Singh Ji was at Damdama Sahib. When he learned about this disturbing news, he immediately declared his intention of expelling the Afghans and rebuilding the gurdwara. He took a vow not to come back alive without fulfilling this mission.

Baba Deep Singh Ji was seventy-five years old during this time but still had strength to fight the Afghans. He gathered a large group of Sikhs and advanced towards Sir Harimander Sahib. By the time they reached the village of Tern Taran, about ten miles from Amritsar, their numbers had risen to about five thousand.

Baba Deep Singh is worshiped among Sikhs as one of the most hallowed martyrs in Sikhism and as a highly religious person. His memorial in Golden Temple complex itself is a proof of his importance. 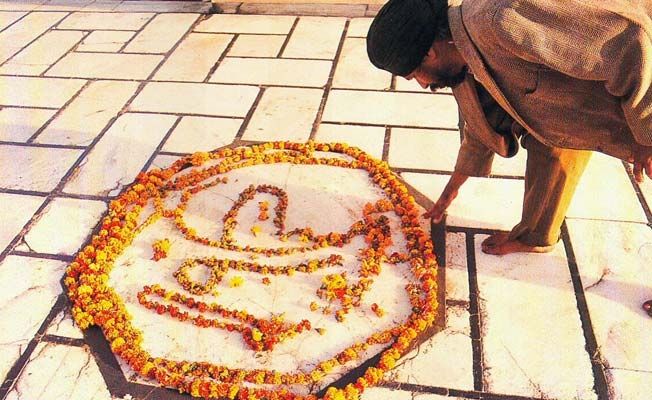